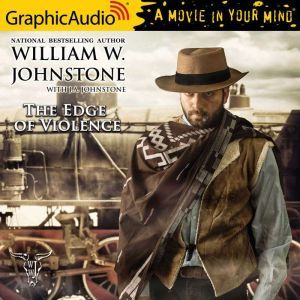 The Edge of Violence

In Colter's Journey, bestselling authors William and J.A. Johnstone told the epic story of a boy's coming-of-age on the lawless frontier. The Edge of Violence continues Colter's saga with the building of the transcontinental railroad - and the making of the American Dream... It is the fall of 1867. Twenty-two years have passed since Tim Colter and his family were ambushed on the Oregon Trail, forcing the young boy to grow up, forge ahead, and find an unlikely ally in one-eyed mountain man Jed Reno. Now a widowed deputy, U.S. marshal and Civil War veteran, Colter is finally ready to remarry and settle down - until a dangerous new assignment becomes a life-or-death struggle for the soul of a town and the heart of its people... The Union Pacific Railroad is laying down tracks connecting the great northwest to the rest of the country. But two rival factions led by ex-Confederate soldier Micah Slade and two-fisted bully Paddy O'Rourke have set their sights on the town of Violet - aka Violence - to gain control of the rails. It's Colter's job to tame this hotbed of rampant greed and rising tensions. But to do it, he'll need to deputize his trusted old friend Jed Reno - and wage a savage new war that will determine the fate of the Dakota Territory and the future of a nation. This is the continuing saga of the unsung heroes of the untamed West. Of a man whose name would never appear in history books, but whose courage and hunger for justice laid the groundwork for generations to come. This is Colter's Journey. His story is the story of America. 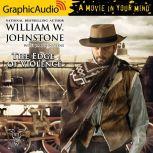 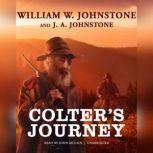 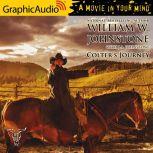 The Edge of Violence
The Tim Colter Westerns #2