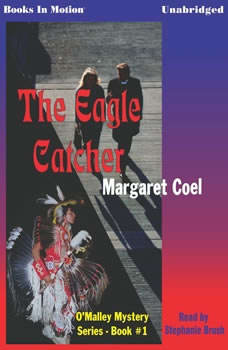 Desert Heat
by J. A. Jance

A cop lies dying beneath the blistering Arizona sun—a local lawman who may well have become the next sheriff of Cochise County.?The police brass claim that Andy Brady was dirty, and that his shooting was a suicide attempt. Joanna Brady, his d...

It was just another after-work happy-hour bar downtown, where business professionals unwound with a few drinks, complained about the boss, maybe hooked up with someone for the night. Until something went terribly wrong. At first it was just a fricti...

The Eagle Catcher
The O'Malley series #1

The Negotiator
The O'Malley series #1