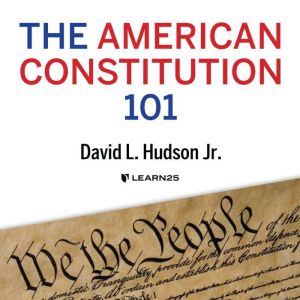 A captivating 24-lecture audio series on the U.S. Constitution by award-winning law professor David L. Hudson Jr.Written more than two hundred years ago, the Constitution remains the backbone of American government and an example of freedom and democracy the world over. Once called the “Miracle at Philadelphia,” it remains America’s vital governing force today. Join Prof. Hudson to learn how and why this foundational document came to be and how it has been interpreted and applied to all facets of American life. As Janis Adams Kyser, Director of the Tennessee Center for Civic Learning and Engagement, writes, “His true gift is educating students, educators, professors, and citizens on the US Constitution, Bill of Rights, and American liberties.... I could write for hours about the qualities of David Hudson.”Your audio course will begin in the summer of 1787, as the Founding Fathers met to revise the Articles of Confederation, then explore the ratification process and James Madison’s championing of the Bill of Rights. After considering pivotal moments in constitutional history, including later amendments and influential periods of the Supreme Court, you’ll explore contemporary ramifications of the First Amendment as well as the articles of impeachment.Through captivating lectures, you’ll not only learn how the Constitution was formed, but travel through history to see how it has shaped U.S. politics ever since. You’ll see powerful examples of how the Constitution ensured that the United States would be governed by the rule of law.After listening to this series, you’ll have a greater appreciation for the sweaty work that forged the Constitution, as well as the document’s role throughout U.S. history. Don’t miss this chance to engage more fully with the work that changed the United States forever. This course is part of the Learn25 collection.

Get 5% off your total order by adding 3 or more audiobooks from Learn25: History 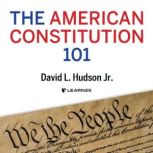 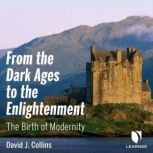 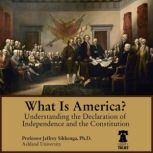 From the Dark Ages to the Enlighten...
Learn25: History

What Is America?
Learn25: History