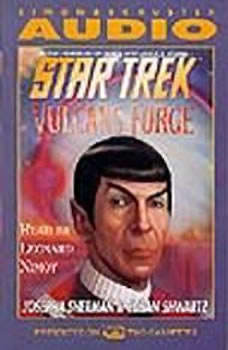 Just over a year ago, Captain James T. Kirk was lost to the Nexus while saving the U.S.S. Enterprise 1701-B from destruction. Aboard the science ship Intrepid II, Captain Spock, commanding some of his old crewmates, must face the loss of his closest friend. But while still in mourning for one friend, he must come to the aid of another.Decades ago, Spock had teamed up with David Rabin, the young son of a Starfleet Captain, to fight an attempted coup on Vulcan that would have turned the planet's people away from the path of logic. Now a Starfleet officer, Captain David Rabin has been assigned to a harsh desert world much like Vulcan, where the Federation is determined to protect the lives of the inhabitants. But Rabin's efforts are being sabotaged and he has asked for Spock's help against the unknown forces that may well destroy the society he had come to save.While reflecting on his youthful adventure with David Rabin, Spock joins with Rabin to face and enemy out of their past and confront deadly Romulan treachery. In the process Spock will decide if the path of his life now leads back toward the family traditions he had once sought to escape.