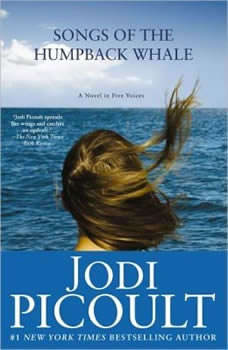 Songs of the Humpback Whale

The powerful debut novel from New York Times best-selling author Jodi Picoult, Songs of the Humpback Whale is a moving story of love and family told through the eyes of five people: Jane Jones, her daughter Rebecca, and three very different men in their lives. After a watershed moment in their marriage, Jane leaves Oliver, her renowned marine biologist husband, and begins a journey across the country with Rebecca in search of understanding about her troubled past. Narrators: Jim Colby, Liz Morton, Jonathan Davis, Carol Monda, Chris Sorensen