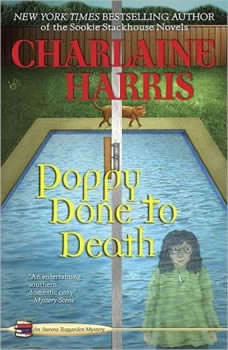 High Profile
by Robert B. Parker

When the body of controversial talk-show host Walton Weeks is discovered hanging from a tree on the outskirts of Paradise, police chief Jesse Stone finds himself at the center of a highly public case. When another dead body–that of a young wom...

Justice Denied
by J. A. Jance

The investigation of LaShawn Tompkins's murder seemed straightforward enough. Upon his release from death row, the ex-drug-dealer returned to his old neighborhood where he was gunned down on his mother's doorstep. Just another case of turf warfare....

Them Bones
by Carolyn Haines

If only I hadn't kidnapped the dog...but the ransom paid the mortgage....Now I seem to be a private eye....I shouldn't have listened to that ghost....Meet Sarah Booth Delaney...an unconventional Southern belle whose knack for uncovering the truth is...

The Burning Wire
by Jeffery Deaver