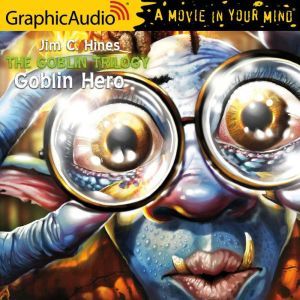 They call him Jig Dragonslayer - and who is he to deny a legend. After all, common sense - something in very short supply among goblins - has a lot to do with Jig's continued existence. Though he's been captured by adventures and dragged unwillingly along on their foolish quest, he's survived both the Necromancer and the Dragon. If people want to insist he's a hero, he isn't going to fight about it. But the trouble with being labeled a hero is that everyone expects you to keep doing heroic things. And all Jig wants to do is worship his forgotten god, hang out with his pet fire-spider, and heal humiliating goblin injuries. But to Kralk, the current head goblin, Jig is a threat to her power. So when an ogre comes to seek Jig Dragonslayer's help against an unnamed enemy that's destroying or enslaving all of ogre kind, Kralk insists he accept the challenge. With a large, exceptionally dumb goblin and an ancient, crotchety goblin who can barely walk as his unwanted sidekicks - and pursued by a goblin who's certain that she's meant to be the true goblin hero - Jig sets out for ogre territory. After all, being killed by a magical enemy that can terrify an ogre is probably no worse than being killed by your 'friends'... 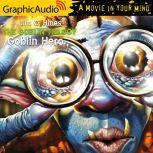 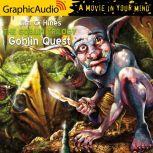 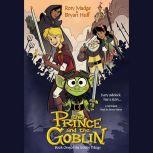 The Prince and the Goblin
The Goblin Series #1