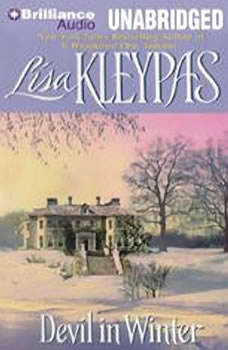 A Devil's BargainEasily the shyest Wallflower, Evangeline Jenner stands to become the wealthiest, once her inheritance comes due. Because she must first escape the clutches of her unscrupulous relatives, Evie has approached the rake Viscount St. Vincent with a most outrageous proposition: marriage!Sebastian’s reputation is so dangerous that thirty seconds alone with him will ruin any maiden’s good name. Still, this bewitching chit appeared, unchaperoned, on his doorstep to offer her hand. Certainly an aristocrat with a fine eye for beauty could do far worse.But Evie’s proposal comes with a condition: no lovemaking after their wedding night. She will never become just another of the dashing libertine’s callously discarded broken hearts—which means Sebastian will simply have to work harder at his seductions…or perhaps surrender his own heart for the very first time in the name of true love.