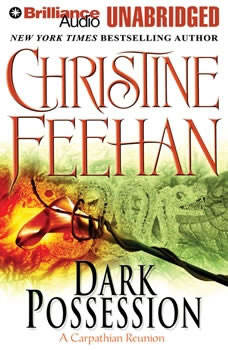 Manolito De La Cruz knew he was dangerously close to turning into a vampire. The last thing he expected after being called back to his Carpathian homeland by Prince Mikhail was to catch the scent of his destined lifemate in MaryAnn Delaney. MaryAnn is human, but she knows all too well the overwhelmingly aggressive instincts of Carpathian males. And they’re not exactly the kind of men she’d prefer to be bound to for life.A dedicated counselor for battered women, MaryAnn has a fulfilling life with no room for someone like Manolito, born and bred in the Carpathian Mountains, a law unto himself. But when MaryAnn agrees to go to South America to offer guidance to a brutalized young woman, she has no idea of the trap that awaits her in the sweltering thick of the jungle. She has been lured there by Manolito himself, who has seductive plans for the unaware, irresistibly human female.Once there, she will be his. Once his, she will never be released. He is her lover, her predator, her lifemate. She is his dark possession.…

Manolito De La Cruz was close to becoming a vampire when he discovered his life mate Mary Ann Delany. With out her permission he marked her his. After taking a poison, intended for Shea Dubrinsky, he's close to death. His brothers take him and Mary Ann to an island in the rain forest. Where he is to get well. Mary Ann Delany can't understand what's wrong with her. She's never been a weepy woman. She believes she's here to help two Jaguar women get over their traumas. But there's is more to it than that. I have to be honest, I really didn't like this chapter of the Carpathians at all. I didn't like Manolito, because he forced Mary Ann to be his mate and didn't give her a choice. Unless there is going to be a Jaguar novel they were to much in the story. But it still has to go on my keeper shelf, since it's part of the series.