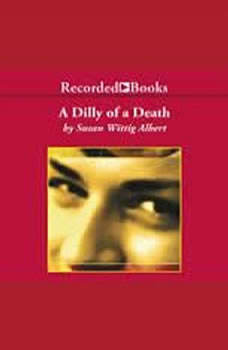 A Dilly of a Death

Popular author Susan Wittig Albert and her China Bayles Herbal Mysteries have been hailed for their intelligent plots and quirky characters. China is a member of the Pecan Springs, Texas Picklefest planning committee. When the Pickle Queen disappears just days before the festival, China and her husband P.I. Mike McQuaid relish searching for the clues in this dilly of a case. This exciting whodunit is packed with plenty of pickle jokes, folklore, and homespun recipes.

Q Is For Quarry
by Sue Grafton

A Kinsey Millhone mystery. . . She was a "Jane Doe," an unidentified white female whose decomposed body was discovered near a quarry off California's Highway 1. The case fell to the Santa Teresa County Sheriff's Department, but the detecti...

P Is For Peril
by Sue Grafton

Dr. Dowan Purcell had been missing for nine weeks when Kinsey got a call asking her to take on the case. A specialist in geriatric medicine, Purcell was a prominent member of the Santa Theresa medical community, and the police had done a thorough jo...

Assaulted by the bitter cold of a Montreal winter, the American-born Dr. Temperance Brennan, Forensic Anthropologist for the Province of Quebec, digs for a corpse where Sister Elisabeth Nicolet, dead for over a century and now a candidate for sainth...

T Is For Trespass
by Sue Grafton

A Dilly of a Death
The China Bayles series #12