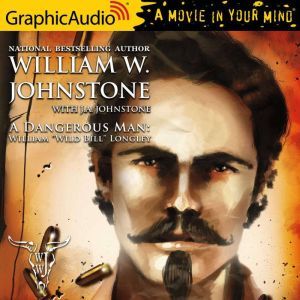 A Dangerous Man: A Novel of William "Wild Bill" Longley

Series: Bad Men of the West #2

Born and bred in the Texas Pandhandle town of Comanche Crossing, William "Wild Bill" Longley gunned down a dozen of its men in cold blood before he got around to the sheriff and deputy--so he could take over the job himself. Then he found the perfect sidekick in a vicious career criminal named Booker Tate. With his remorseless heart set on a beautiful young woman, Wild Bill and Booker take the whole town hostage until the young lady agrees to marry a man she despises. That's when a cold-eyed stranger comes to town with a dead man strapped to his saddle. In a town where violence and murder rule the day, a terrifying battle is about to explode--between ruthless Wild Bill Longley and a bounty hunter named Tam Sullivan, who's done a whole lot of killing of his own...